New Health Care Paradigm in the USA: Trends and Perspectives 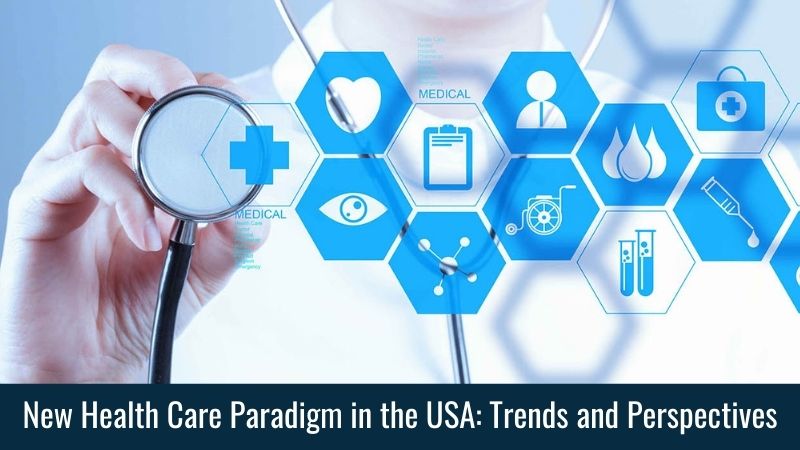 Global health care spending is growing faster and faster due to an aging population, the spread of chronic diseases and the introduction of expensive technologies. Market players will have to adapt to growing digitalization and adapt to changing external conditions.

Medicine is becoming expensive and digital

There will remain a huge gap between different countries. While in the United States by 2022, per capita spending on health care will be $11.7 thousand per year, in Pakistan – $54. In 2022, annual health care spending in North America should reach $4.2 trillion, in Western Europe – $2.3 trillion, while in Latin America – only $437 billion, and in the Middle East and Africa – $279 billion.

Analysts predict that the fight against infectious diseases will become more effective. For example, the number of AIDS-related deaths has already fallen from 2.3 million in 2005 to 940,000 in 2017 and will continue to decline. The number of people who died from malaria fell from about 1 million in 2000 to 445,000 in 2016.

The proportion of deaths from noncommunicable diseases, primarily cardiovascular diseases, cancer and diabetes, will grow from 71% in 2016 to more than 80% (in a number of developed countries). The number of deaths related to environmental pollution is also growing. In 2016, their number was 4.2 million. First of all, this problem affects the Asia-Pacific region.

The experts also identified the main problems and challenges facing the healthcare market players in 2019.

The main challenge is the need to maintain financial stability against the backdrop of rapid change. This is both about the fact that, due to growing costs, players need to think about reducing costs and increasing efficiency, and about the appearance of new competitors in the face of technology companies in traditional medical institutions. According to the authors of the study, the medical technology sector will grow in the coming years by an average of 15.9% per year and will reach $280.3 billion by 2021.

According to statistics, telemedicine is a rather attractive format in the USA. Free medical care comes with relatively difficult accessibility, long waiting times and queues. Private medical clinics are not yet widespread in the regions and are relatively expensive for most of the population. Online stores have formed consumer preferences for receiving goods or services “here and now”.

Another challenge is related to this – adapting to the changing needs and expectations of customers. Such changes are related with:

Another challenge for the industry is compliance with regulations, which also change quite rapidly. Due to digitalization, market players will have to pay more and more attention to cybersecurity, especially since data on the state of human health is quite delicate.