US Health Board – Pros and Cons 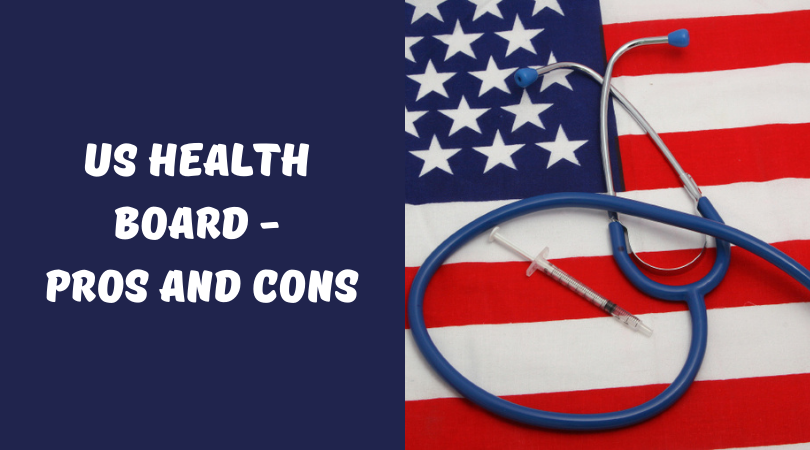 The level of healthcare in the country is one of the most important factors in the social well-being of the population. The following relates to the advantages and disadvantages of medical care and services in the United States today.

Advantages and disadvantages of U.S. medical care and services

The development of health care is one of the priorities of the US government. In 2016, the expenses of the United States in this area amounted to $ 3.3 trillion. It is $ 10,348 per person, which is significantly higher than the expenses of other developed countries.

High positions in the field of medical tourism

The United States has achieved high rates in the fields of neurology, transplantation and oncology, heart and plastic surgery, and that is why America is one of the countries with highly developed medical tourism.

According to the rating of the International Patient Support Center, Bookimed in 2016, the United States, namely the American Johns Hopkins Hospital, is among the top 10 cancer centers in the world. The center is the largest research base, which sets the direction in the development of new methods in the treatment of cancer for many years.

The latest technology for all residents of the country

Treatment of the population is carried out using the most advanced technologies. Equipment and medicines are constantly updated, taking into account the world’s scientific developments and research. And even in small towns, medical institutions are provided with modern medicines and equipment as much as possible.

The value of a physician’s professional ethics

In addition to the fact that doctors here have a high social status, high salaries and a prestigious education, due to the multistage educational structure, the ethics of the profession differs significantly from the European one.

In the United States, you are unlikely to encounter indifference or disdain from a healthcare professional. Here, a lot of attention is paid to the communication skills of the specialist, which are assessed during the “Clinical Skills” exam. The exam reveals, among other things, the ability to empathize with the patient, up to the intonation of the voice and the ability to support.

Disadvantages of US health care

There is practically no free medicine in the USA. At the expense of the state, only the most vulnerable segments of the population receive treatment: pensioners, people with low income, children, etc. For the average working US citizen, the cost of a health insurance policy costs an average of $ 250 to $ 400 per month.

Some part of the insurance may be covered by the employer. However, for an appointment with a doctor with a medical policy, you still need to pay an average of $50 to $100. Insurance in the USA does not cover 100% of a patient’s treatment.

Medicines dispensed with prescription only

It will not work either to save on “minor” diseases in the United States. When buying even the simplest cold medicine, you will be asked for a prescription that only a doctor can write down. Accordingly, with an “ordinary” cold, you will first have to go to the doctor, pay for the appointment, and then go to the pharmacy. Plus, drug prices in the US are as high as the treatment itself, but health insurance can cover most of the drug costs.

Despite the fact that the United States has some shortcomings in the health care system, the government has made more and more attempts to reform the system in recent years, including reducing public spending on medical services. This means that in the near future there is a chance that the United States will become leaders in many world indicators in the field of health care.

It is worth noting that everyone determines the advantages and disadvantages of any system for himself. We have just collected a few popular opinions about healthcare system in the United States.