The Power of Medicine – What Nations Reach? 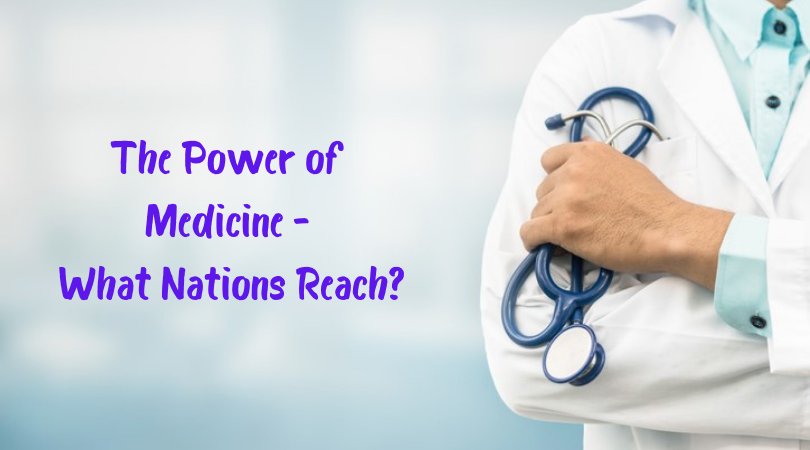 If we compare in which areas the most money from the budget of any country is invested, you will see that this is healthcare. Its development requires significant financial resources. Even more will be invested in the future. So experts have calculated that in 1.5 years, a tenth of the world’s GDP will be spent on healthcare, which in monetary terms is 8.7 trillion dollars. In another 20 years, the amount will triple.

According to statistics, the highest death rates are from cancer, diseases of the cardiovascular system and respiratory diseases. The funds will also be spent on the prevention of these diseases.

In particular, in the USA, within the framework of a new national project for the medicine development, they intend to focus on the oncology treatment. It is planned to develop the direction of targeted therapy as one of the most promising methods of cancer treatment. There is evidence that this therapy will be widely used by 2030.

At the same time, doctors will focus not so much on the treatment of the disease as on prevention, using modern technologies in diagnostics. In particular, thanks to artificial intelligence, it will be possible to determine the likelihood of developing a cancerous tumor by analyzing the images.

As for cardiovascular diseases, here doctors consider it very important to control the work of not only the heart, but also the whole organism. And in order to prevent heart attacks, doctors will turn to high-tech devices that will allow them to constantly monitor the patient’s condition around the clock and sometimes even help him without involving doctors.

These are implants with advanced functionality that can take actions that will help save the life of a sick person. In addition, the financial side of the issue also plays a role – it is cheaper to prevent a heart attack from happening than to treat it later.

The medicine of the future involves not only improving diagnostic and treatment methods, but also radically new approaches to getting rid of diseases. Thus, digital devices will be entrusted to play the main role, which in the USA will unite into a single database by 2030 to keep patients’ health under control. So it is worth considering telemedicine – a remote way to examine patients to save time and open up new opportunities for residents of remote areas. And then telemedicine will develop into telesurgery, when robots will carry out operations under the guidance of a doctor. This direction is not yet developing at such a fast pace, because it requires a certain material base.

The future of medicine is not vague. It will provide specialists with unique tools that will help to constantly monitor the condition of patients. The patient, in whose house a special device will be installed, will be able to know that the doctor receives all the data on his daily activity.

For the same purpose, doctors can carry special gadgets that transmit huge amounts of information. In addition, in the future, it will be necessary to visit medical institutions much less often, but serious operations will be performed at all using the capabilities of three-dimensional (3D) printing on special equipment.